Ask a Pharmacist: Is There Medication For Hangovers?

You probably already know that there are a few choice ways to prevent a hangover from ever happening in the first place—drinking lots of water, getting enough sleep, and avoiding sugary cocktails or drinks with a high degree of congeners, like whiskey, tequila, bourbon, and brandy. (Congeners are what lend those drinks their color and flavor, but they might give you worse hangovers than clear drinks like vodka.)

But on the chance you do wake up feeling under-the-weather after imbibing, “curing” a hangover in a flash might be a tall order. That said, there are ways to tackle side effects like nausea and headaches, as our pharmacists will tell you. “There is no cure for a hangover,” says supervising pharmacist at Medly Pharmacy, Jacky Zhang. “We can only relieve the symptoms.” Read below for a few fail-safe medications that might just minimize those hangover symptoms. 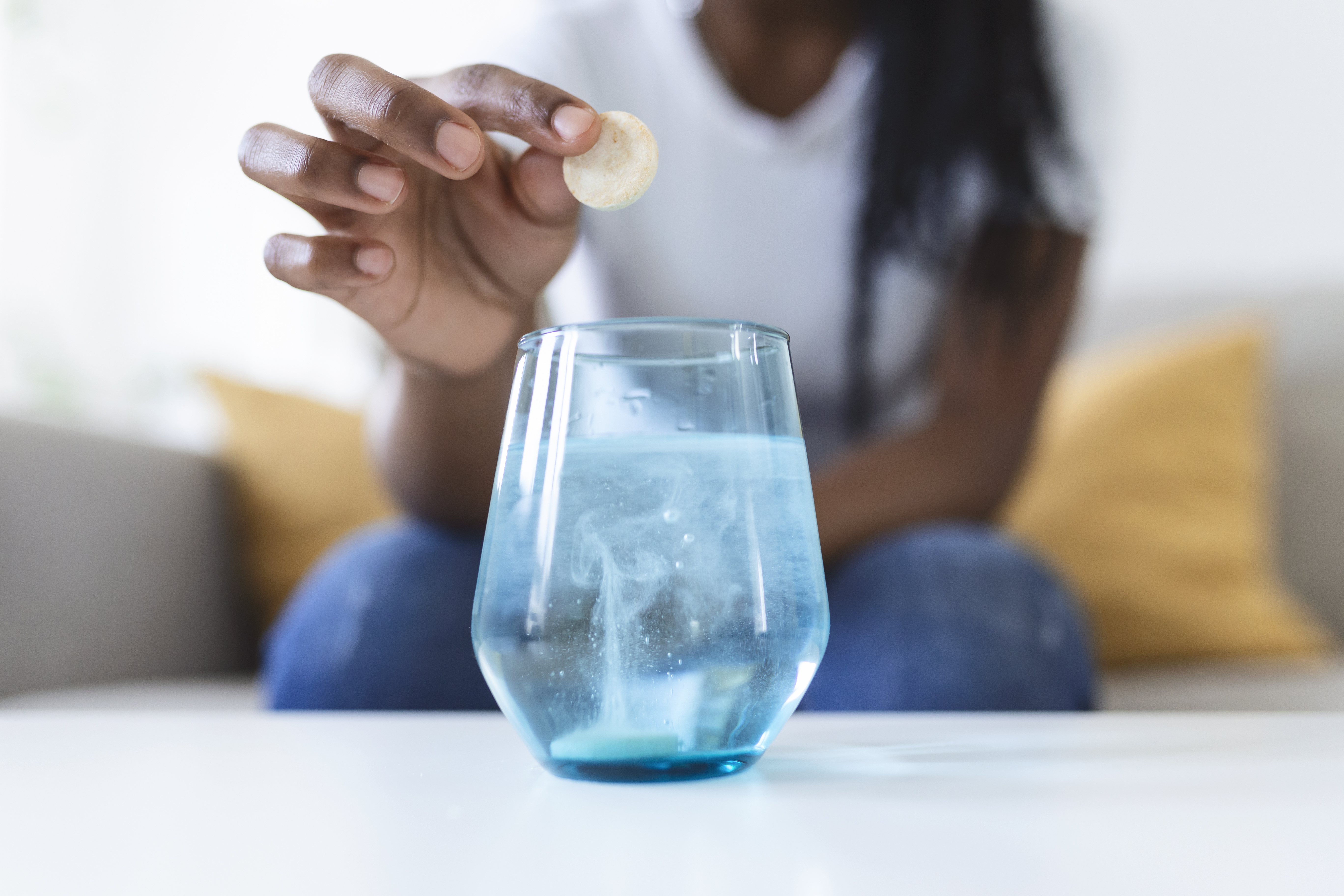 What is a hangover?

A hangover is a set of symptoms that occur after drinking too much alcohol. These symptoms usually begin when your blood alcohol content significantly drops or nears zero. These symptoms may include:

While anyone can get a hangover, it’s true that some people are more susceptible to them than others. For example, certain people have a genetic variation that affects the way alcohol is metabolized by the body, which can lead to flushed skin, sweating, and illness after just a small amount of alcohol. You can also potentially make a hangover worse by drinking on an empty stomach, combining alcohol with other drugs, not sleeping long enough after drinking and by drinking darker drinks with those congeners we talked about earlier.

What causes a hangover?

A number of factors can contribute to a hangover. Among them are: Because hangovers are caused by inflammation, aspirin and other anti-inflammatories like naproxen and ibuprofen may be effective at resolving the aches and pains associated with a hangover. However, they may also further irritate the stomach lining, so it’s advisable to try to eat something before or while taking these drugs.

Two regular-strength tablets of aspirin, naproxen or ibuprofen before bed should help reduce the severity of your hangover. Note that acetaminophen is not an anti-inflammatory, so taking it unfortunately won’t help your hangover symptoms.

Nausea and an upset stomach are two of the classic symptoms of a hangover. Alcohol can irritate the lining of your stomach, causing both abdominal pain and nausea. Medications like the anti-nausea Zofran, and antacids like Pepcid, Zantac, or Alka-Seltzer will all help to combat the shaky stomach of a post-party hangover sufferer.

Remember, however, that while these medications may help with nausea, they are not meant to treat hangovers specifically and won’t help with other symptoms you may be experiencing.

A 2004 study showed a reduction in severity of hangover symptoms of up to 50% if taken two hours before drinking. Though the way it works is not fully understood, it may function as an anti-inflammatory.

Studies show positive results for vitamin B-6—not vitamin B-12—when it comes to reducing the impact of hangover symptoms. Take 400 mg when you start drinking, 400 mg three hours later, and 400 mg when your night comes to an end in order to receive the best possible benefit. Whether during or after a night of drinking, the above list of medications can help you both prevent and treat hangover symptoms. A bonus tip? Try not to do anything too strenuous and take it easy while your body recovers.