A diagnosis of multiple sclerosis (MS) can be scary for you or a loved one. What exactly is it? What are the symptoms? Will they get worse? What’s the treatment? Arming yourself with knowledge about the disease and understanding the different types of MS is an important step in navigating this disease.

What is multiple sclerosis?

Multiple sclerosis, or MS, is a progressive neurological disease that strikes the central nervous system and peripheral nerves. It does this through a process called demyelination of the myelin sheath. This sheath protects the nerve fibers underneath; once the sheath is lost, nerve signals can be delayed or lost completely. This can lead to numbness and weakening of parts of the body, dizziness, and loss of coordination. As the disease progresses, these symptoms get worse.

Although scientists know the symptoms of MS, the exact cause or causes still remains unknown. Vaccines were once thought to cause MS, but studies have ruled vaccines out as a cause. Theories include geography, genetics, exposure to parasites or the Epstein Barr Virus, or a lack of vitamin D. Research is ongoing to determine what exactly causes MS. MS is difficult to study because the severity and progression of the disease is different for each afflicted person. The National Multiple Sclerosis Society (NMSS) has categorized the disease into four distinct forms. 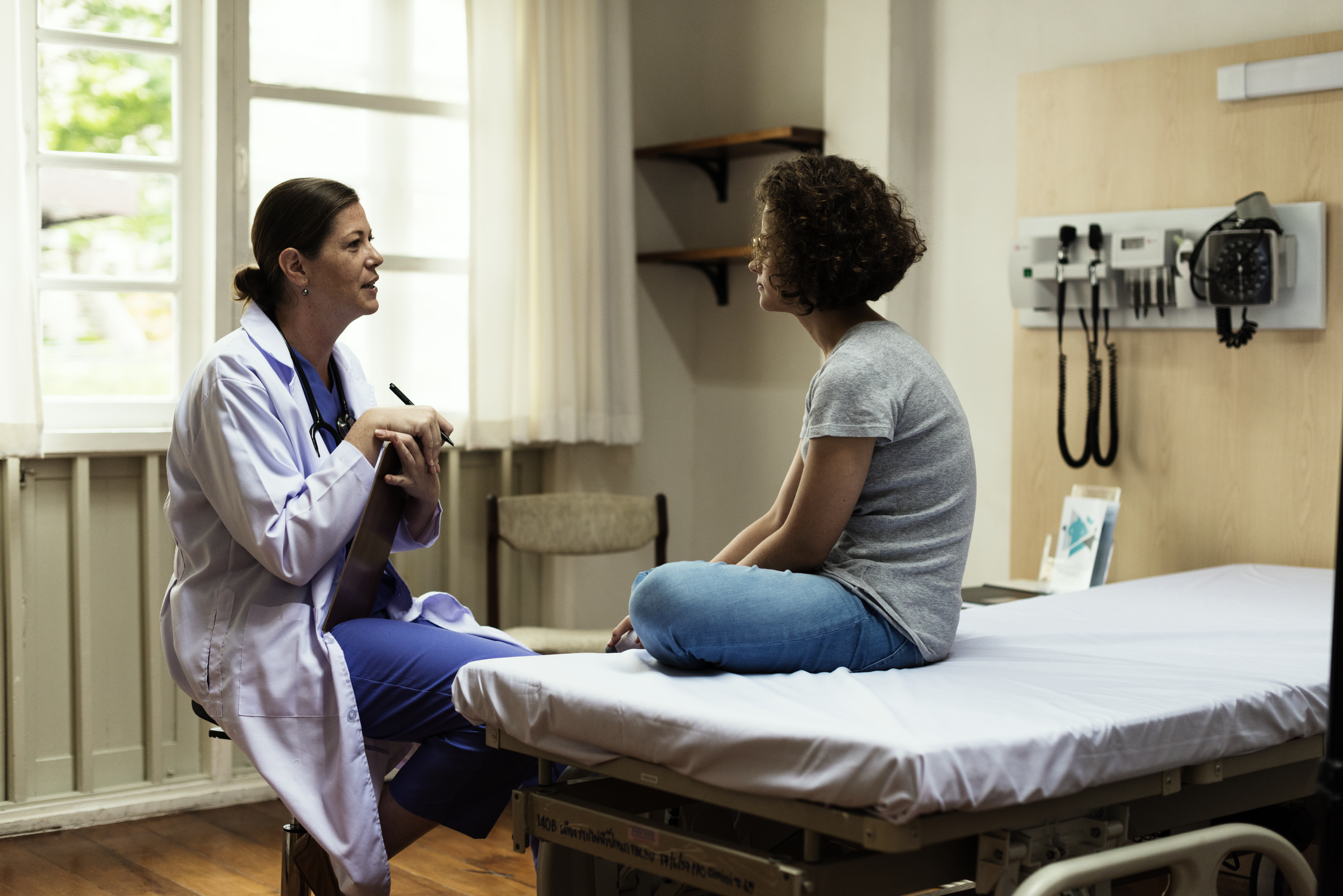 What are the different types of multiple sclerosis?

The NMSS determined that most cases of MS fell into one of four primary categories. These categories, which were based on the expertise of scientists familiar with diagnosing and treating MS include:

The categories are based on the disease progression, and have proven highly useful in the diagnosis and treatment of MS . They enable standard terms to be used across the medical community, increasing understanding and treatment of the varying types of MS. 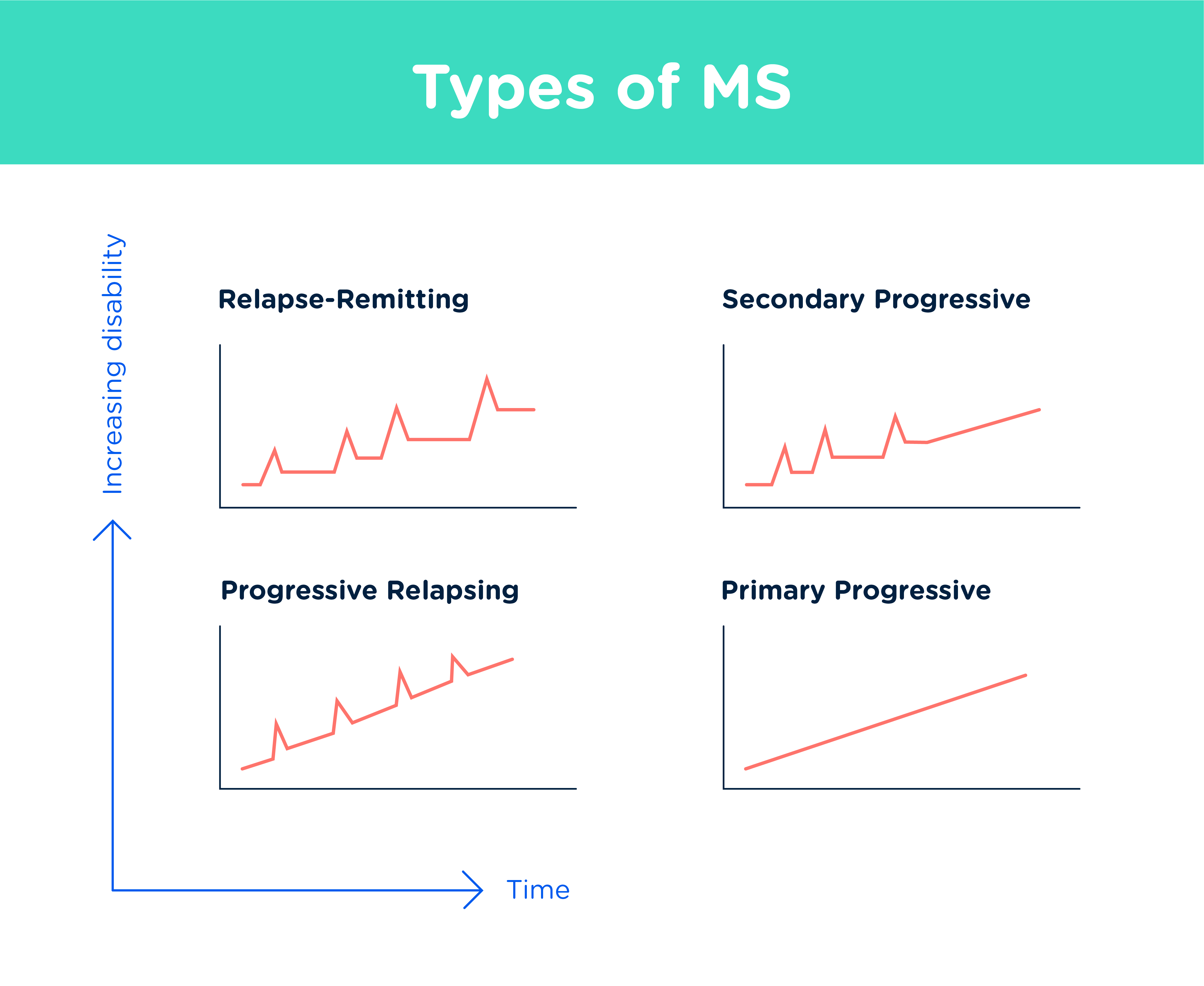 Clinically Isolated Syndrome (CIS) Clinically Isolated Syndrome (CIS), is a patient’s first encounter with MS. It’s usually a single attack, manifested in neurological symptoms that last more than 24 hours. Patients who experience CIS may never again experience another episode. However, their attack could be their first episode in the progression of MS. The episode is caused by inflammation of myelin sheathing in the central nervous system, or demyelination.

If a person experiences CIS, their doctor will typically refer them for an MRI. If brain lesions are detected on the MRI, then there is a high likelihood that the patient will experience additional episodes and a diagnosis of a more progressive type of MS within several years. Older lesions in the brain indicate that previous attacks have occurred and the patient may have been unaware of them.

Relapsing-remitting MS (RRMS) Relapsing-remitting MS, or RRMS, is the most common type of MS, afflicting 85 percent of MS patients with this form of the disease. People with the RRMS form of the disease usually encounter their first symptoms in their early 20s. Symptoms (also called relapses) will flare-up periodically, causing problems with neurological functioning. These relapses are interspersed with periods of partial or complete recovery, called remissions. Remission periods may last weeks, months, or even years. The specific nerves and parts of the body affected and the intensity of the attacks vary widely from person to person, as does the time between relapses.

Secondary progressive MS (SPMS) Approximately half of patients with relapsing-remitting MS who do not undergo treatment will develop secondary progressive MS (SPMS) within about ten years. With SPMS, patients experience periods of relapses and remissions, however the disabling symptoms don’t disappear during the remissions. Instead, the symptoms stabilize during these periods and worsen when relapses strike.

Age of diagnosis greatly affects how quickly the disease progresses to this secondary stage, with older patients developing SPMS more quickly after diagnosis of MS. Patients that do not recover fully during remissions also tend to develop SPMS more quickly than patients that do recover after relapses. The initiation of SPMS also marks a change in the type of nerve damage experienced. In RRMS, most symptoms are due to inflammation around the nerves, but once SPMS begins, the functioning of the nerves themselves slowly begins to decline.

Primary progressive MS (PPMS) The primary progressive form of MS (PPMS), which affects approximately 15 percent of MS patients, involves a slow but consistent decline in neurological functioning from the onset of the disease. With PPMS there are no periods of remission, with an improvement or stabilization of symptoms. Instead, patients with PPMS experience a continuous decline in the condition. The rate of disease progression varies from person to person, and there are sometimes temporary periods of minor improvements or stabilization.

What are the key differences between the types of multiple sclerosis?

One of the major differences between the forms of MS is the age at which patients become afflicted with the disease. Relapsing-remitting MS most often affects people that are in their 20s, whereas patients with PPMS have no symptoms until about 40 years of age. Women are affected by most forms of MS at higher rates than men, with three times more women affected than men. The one exception is PPMS, which affects men and women in equal numbers. Primary progressive MS also progresses more quickly than other types of MS, leading to disability earlier. 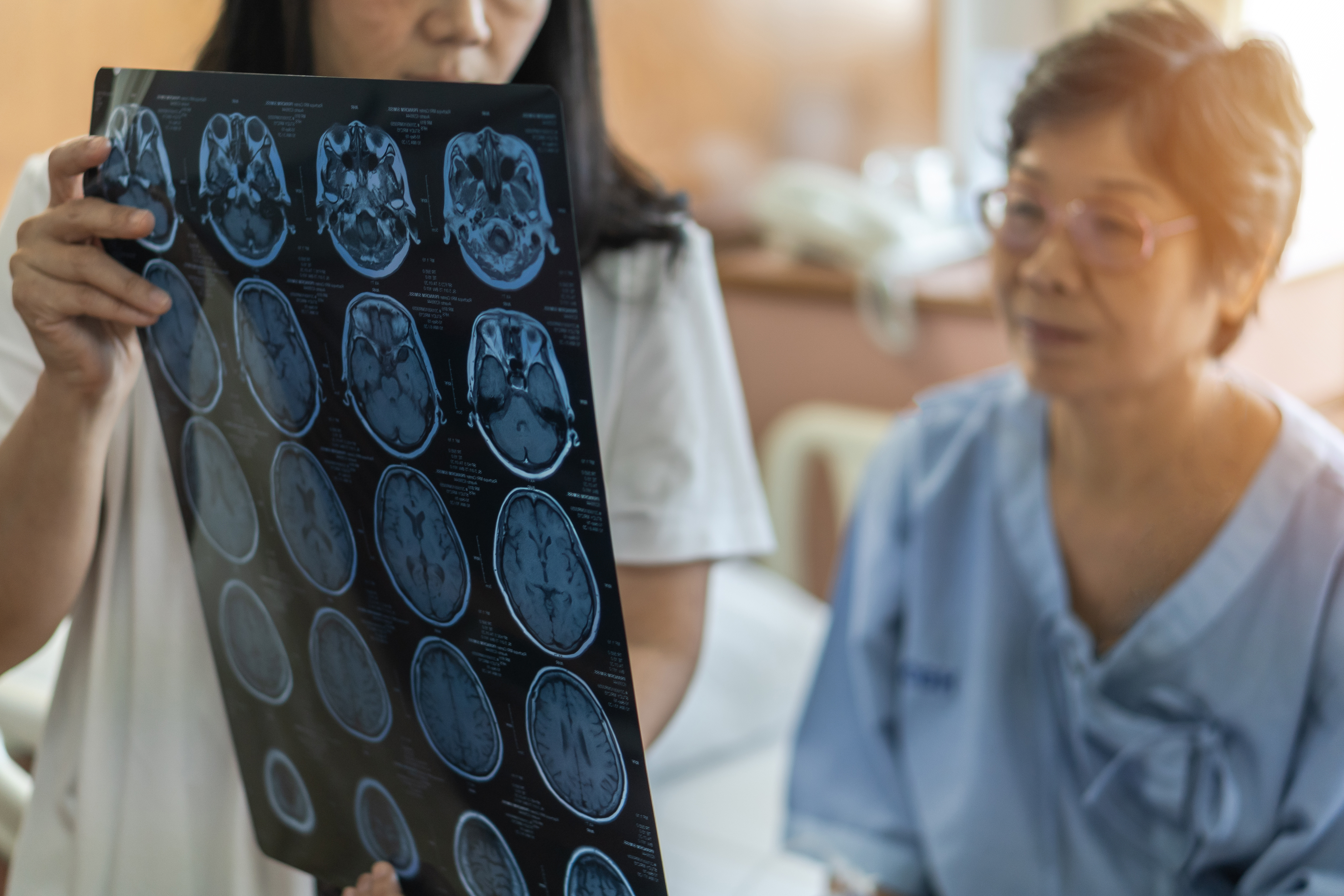 What are treatment options for multiple sclerosis?

If you or a loved one are diagnosed with MS or the CIS form of MS, then you should talk with your healthcare provider about treatment options as soon as possible. The damage caused in the first year of MS is much more severe than in later years, so early treatment is key to managing the disease for as long as possible.

All types of MS are most commonly treated with medications known as disease modifying therapies (DMTs), which are used to slow the progression of the disease. DMTs can prevent symptoms from worsening, decrease the frequency of relapses, and delay disabling symptoms. This type of treatment is continuous and therefore requires a long-term commitment from the patient in order to be effective.